If news doing the rounds is to be believed, then ALTBalaji and ZEE5 Club’s highly-anticipated show ‘Bang Baang – the sound of crimes’ will be the biggest action-thriller web series in the OTT space.

The action-packed logo of the show that launched on the auspicious occasion of Ganesh Chaturthi already looks very promising and has evoked unprecedented response from the audience, especially the fans of the action genre who can’t wait to watch the experience unfold on the screen!

Going by the dhamakedaar logo of the show, one thing is for sure that the viewers are in for a roller-coaster ride that they would have never witnessed before on the OTT platform. Not many makers have been able to venture into the action genre for a web show as it demands huge scale, grandeur, and big-budget. It is only a successful and visionary producer like Ekta Kapoor, who could back a mega-budget youth-action-thriller web series, mounted on a lavish scale. The content czarina has been known to take first mover’s advantage and see potential in things that others have not been able to see.

If sources are to be believed, Bang Baang is going to be a big-scale extravaganza featuring some fantastic and mind-blowing action and chase sequences. It is certainly an expensive proposition for the makers as the show involves some great visual effects too. It’s learnt that the hunt for the lead cast of the show is already on.

The show involves mystery, suspense, dhamakedaar action, and loads of youth drama amidst deep-lying secrets that unravel one by one.

Produced by Akshay BP Singh and directed by Abhishek Kapur, Bang Baang is scheduled to go on floors soon.

Stay tuned to ALTBalaji and ZEE5 Club for more updates! 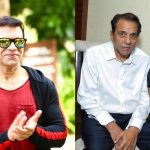 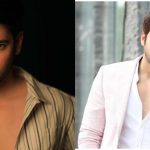