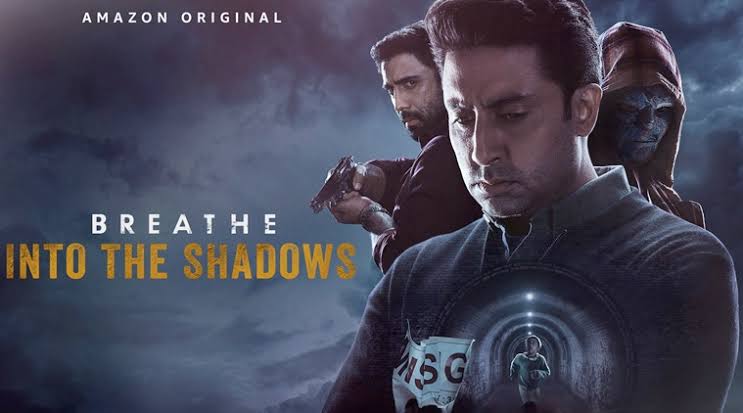 Amazon Prime Video’s latest crime thriller show ‘Breathe: Into the shadows’ has been garnering immense laudation since the time it released on the 10th of July! Gaining immense popularity for it’s absorbing and mysterious narrative the crime drama thriller show stars Abhishek Bachchan at the forefront, in his digital debut.

The audience had taken to the social media by a storm and showered the show with appreciation and admiration! Nevertheless, the audience are not the only one who have been praising the show as the show is also receiving appreciation from critics and prominent personalities. Here are some of their posts:

“Half way through #BreatheIntoTheShadows
@PrimeVideoIN
and all I can say now is – This has THE BEST interval point ever that I have ever seen for a web series.
The twist is gonna SHOCK you, and how! Can’t wait to wrap this in a jiffy.
So far, Season 2 has gone one level up!”

“#BreatheIntoTheShadows beautifully written with an Amazing, Thrilling plot. Spectacular acting by all the actors. @juniorbachcha OTT debut and he has done complete justice to his interesting yet complicated character.”

Mimansa Shekhar could not wait for the third season! She posted:

Actor Rohit Bhatnagar was astounded by the show, he posted:

The series is created and produced by Abundantia Entertainment and created and directed by Mayank Sharma. The show has been written by Bhavani Iyer, Vikram Tuli, Arshad Syed, and Mayank Sharma. The series has Amit Sadh reprising his role as senior inspector Kabir Sawant and also features actors Nithya Menen and Sayami Kher in prominent roles. “Breathe: Into the shadows” is now streaming on Amazon Prime. Make sure to bing

Here’s how Ruhi Singh managed to pull off an action stunt on a moving bike in ‘Bang Baang – The Sound of Crimes’!