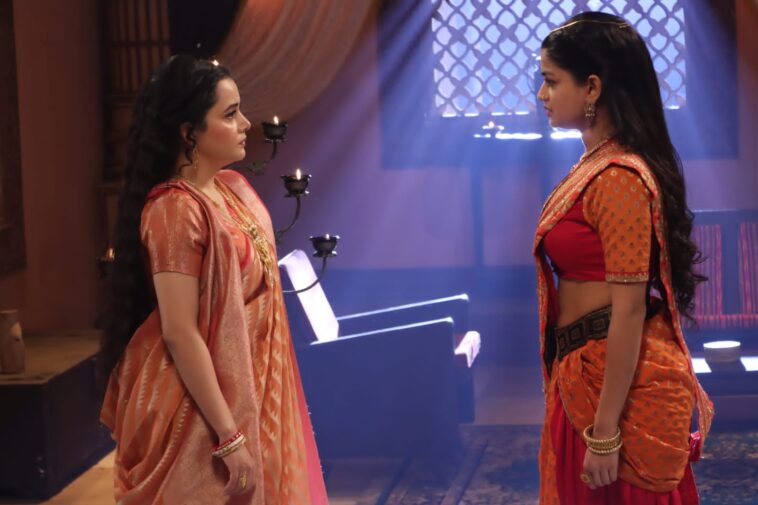 Kalyani of Subrat Sinha and Dr. Bodhisattva’s “Vidrohi” wanted to keep Radha safe but has gotten herself in trouble yet again.

She heard Gadadhar saying that he has put poison in Radha’s saree and she will die once she wears it. Kalyani comes to take the saree away, but Radha stops her. She tells her the truth that Gadadhar is trying to kill her, but Radha doesn’t listen. However, they do get the saree checked and are shocked to see that it really had poison. Radha believes that it was Kalyani who tried to kill her and announced that she should be sent to prison. But Swarna stopped her and said that it would be wrong because she is Baxi’s wife and only he can punish her. Then Radha announces that she should be put in the basement.

Kalyani tries to explain herself to Radha but she doesn’t listen.

In the upcoming episode, we will see that Radha writes a letter to Baxi asking him to come soon so that Kalyani can be punished. But Gadadhar tells her that if Baxi comes back then he will never punish Kalyani. Radha then decides to punish Kalyani on her own. How will Kalyani save herself? To know what happens next, keep watching “Vidrohi”.