Neil and Kairav of Rajan Shahi’s “Yeh Rishta Kya Kehlata Hai” are determined to tell the family about Abhimanyu and Akshara’s suffering, but they couldn’t. Abhimanyu tells Neil that Akshara has given up on their love and thus he doesn’t want to try any more. Meanwhile, Akshara convinces Kairav that she is doing all this for Aarohi’s sake and if he tells everyone about her feelings then no one will be happy.

At the hospital, Aarohi is admiring her ring, when Mahima tells her that she should concentrate on her work because she might be getting married to Abhimanyu but she is not yet competent enough like him. Aarohi gets upset on hearing this and calls the college where she had applied for MD. They ask her to pay Rs. 20 lakhs for admission. Neil hears Aarohi talking about Rs. 20 lakhs and suspects that she is up to something.

Meanwhile, Abhimanyu ignores Akshara at the hospital and Akshara is upset because of this. Abhimanyu promises himself that he will not let Akshara know about his suffering and will behave normally.

In the upcoming episode, we will see that Abhimanyu tells Akshara that only his mother can call him Abhi. Meanwhile, Manjari gets her hands on a video from the engagement ceremony where she can see Abhimanyu hurting his hand, she feels that Abhimanyu is getting married to Aarohi under pressure. To know what happens next, keep watching “Yeh Rishta Kya Kehlata Hai”. 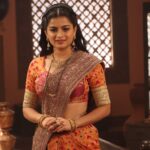