Prime members in India and in 200 countries and territories can stream the Telugu title V, exclusively on Amazon Prime Video, in Telugu, Kannada and Malayalam

Telugu thriller V, starring Nani and Sudheer Babu has received great love from viewers. The fans, who were eagerly waiting for Nani’s 25th film, were ecstatic to see the ‘Natural star’ in action as he performed some high-octane chase sequences with Sudheer Babu, whose portrayal of a super-cop was on point. With so much love coming their way, Amazon Prime Video has now released the film with Tamil, Malayalam and Kannada audios. The action-thriller is now available to stream in Telugu, Malayalam and Kannada.

Speaking on the decision, actor Nani said, “I couldn’t be happier – streaming our film in Tamil, Malayalam and Kannada will allow our fans to enjoy the film in their own languages from the comfort of their homes with Amazon Prime Video. This is a little surprise from us to our fans and we hope that they will enjoy the movie as much as we enjoyed making the film.”

“V has always been a very special project for me and the response received so far has been quite overwhelming”, said director Mohana Krishna Indraganti. “Our Telugu audiences have poured immense love to our film and it gives me great joy to expand our fanfare with Tamil, Kannada and Malayalam dubs for the movie. I hope to entertain as many people as possible with this high-on action thriller at home.”

V delves into the life of a cop who falls in love with a crime writer. When everything is going great, his life turns upside down when a killer puts across a challenge to him with a puzzle to solve. Directed and written by Mohana Krishna Indraganti, the film stars ‘Natural Star’ Nani and Sudheer Babu in the lead, along with Nivetha Thomas and Aditi Rao Hydari essaying pivotal roles. The much-awaited Telugu action thriller marks Superstar Nani’s 25th film in the industry as well as his first as a villain. Prime members in India and in 200 countries and territories can stream the first star-studded Telugu film V on the streaming service starting September 5, 2020.

V will join the thousands of TV shows and movies from Hollywood and Bollywood in the Prime Video catalog. These include Indian films Gulabo Sitabo, Shakuntala Devi, Ponmagal Vandhal, LAW, French Biriyani, Sufiyum Sujatayum and Penguin along with Indian-produced Amazon Original series like Bandish Bandits, Breathe: Into The Shadows, Paatal Lok, Four More Shots Please, The Family Man, Mirzapur, Inside Edge, and Made In Heaven and the award-winning and critically acclaimed global Amazon Original series like Tom Clancy’s Jack Ryan, The Boys, Hunters, Fleabag, and The Marvelous Mrs. Maisel. All this is available at no extra cost for Amazon Prime members. The service includes titles in Hindi, Marathi, Gujarati, Tamil, Telugu, Kannada, Malayalam, Punjabi, and Bengali. 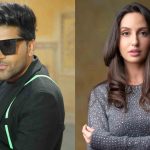 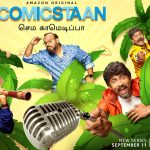