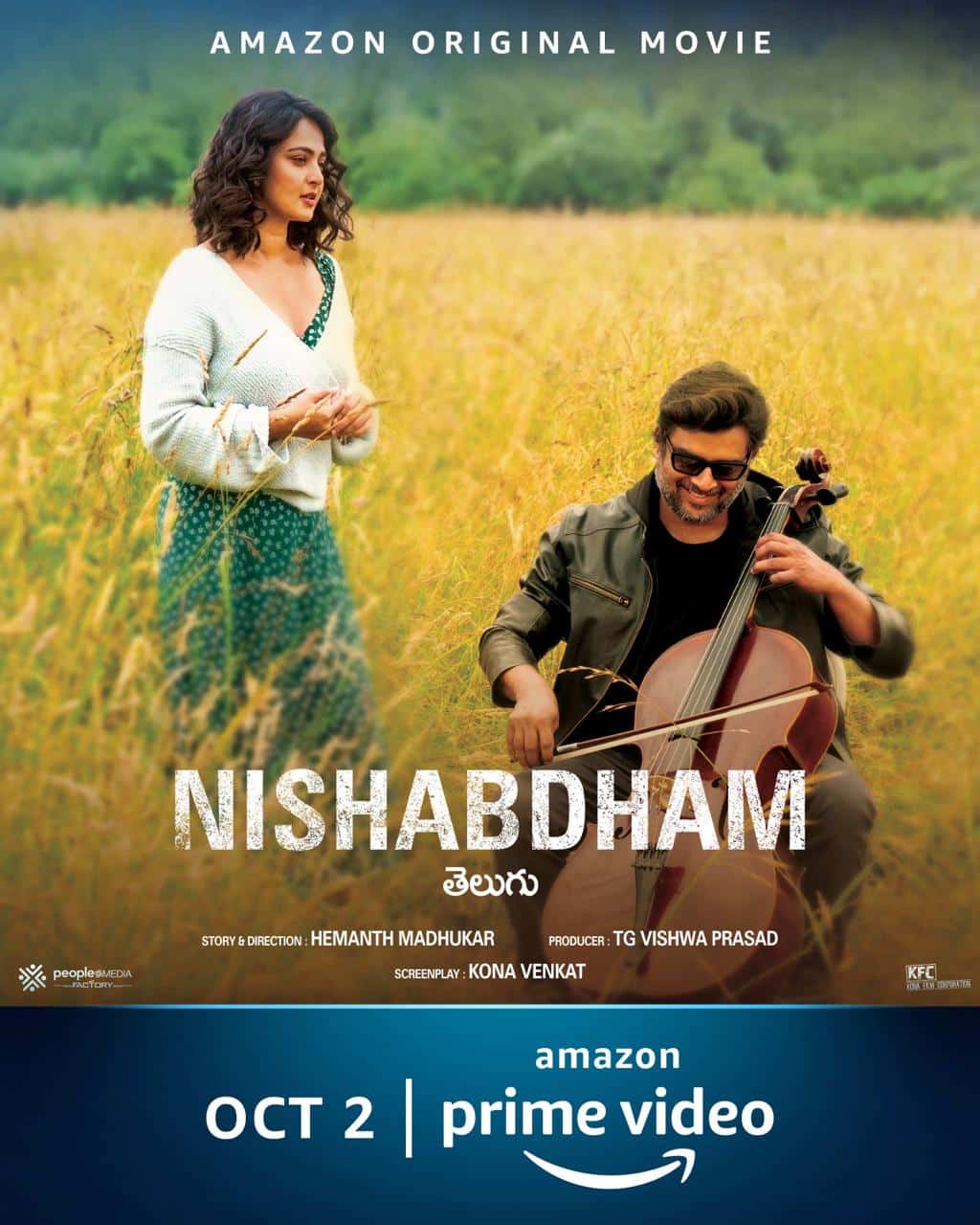 Titled Silence in Tamil and Malayalam, the track gives a glimpse into Anushka Shetty and R Madhavan’s love story

Directed by Hemanth Madhukar, Nishabdham is produced by TG Vishwa Prasad and stars Anushka Shetty, R Madhavan and Anjali in the lead roles.

Prime members in India and in 200 countries and territories can stream Nishabdham exclusively on Amazon Prime Video in Telugu, Tamil and Malayalam from October 2, 2020

Giving us a sneak peek into the love story of Sakshi and Anthony from their upcoming Telugu suspense thriller, Nishabdham, Amazon Prime Video today unveiled a romantic song titled Ninne Ninne. With romance brewing between the lead pair, played by Anushka Shetty and R Madhavan respectively, the song shows their sweet and adorable chemistry, leaving us with a warm, fuzzy feeling in our hearts and a smile on our faces.

The soul-stirring song has been composed by legendary composer Gopi Sundar and sung by Sid Sriram in Telugu, while the lyrics are penned by Bhaskarabhatla. Along with the Telugu version, the film will also be released in Tamil and Malayalam under the title of Silence on October 2nd. The melodious song is titled Neeye Neeye and has been sung by Aalap Raju (Tamil) and Madhu Balakrishnan (Malayalam). The Tamil lyrics of the song have been penned by Karunakaran, while the Malayalam lyrics are written by B K Hari Narayanan (Malayalam).

Speaking about the track, music composer Gopi Sundar commented, “While one might think that having a romantic song in a thriller film acts as a distraction, Ninne Ninne, on the other other hand, is a vital part of the story. The element of romance between the characters of Sakshi and Anthony takes the film forward and it comes out so very beautifully through the song. The singers and the lyricists have done an absolutely fabulous job on the heart-warming track. I hope that the fans will appreciate the song.”

Sakshi, a talented artist who is deaf and mute, gets entangled in a criminal investigation when she unexpectedly witnesses a tragic incident that occurs in a villa with a reputation for being haunted. With a team of police detectives determined to get to the bottom of the case and the list of suspects ranging from a ghost to a missing young girl, Nishabdham promises to be an edge-of-the-seat thriller that will keep the audience guessing until the very end.

Nishabdham will join the thousands of TV shows and movies from around the world in the Prime Video catalogue.

Sonakshi Sinha admits that how she is constantly struggling with loosing weight.