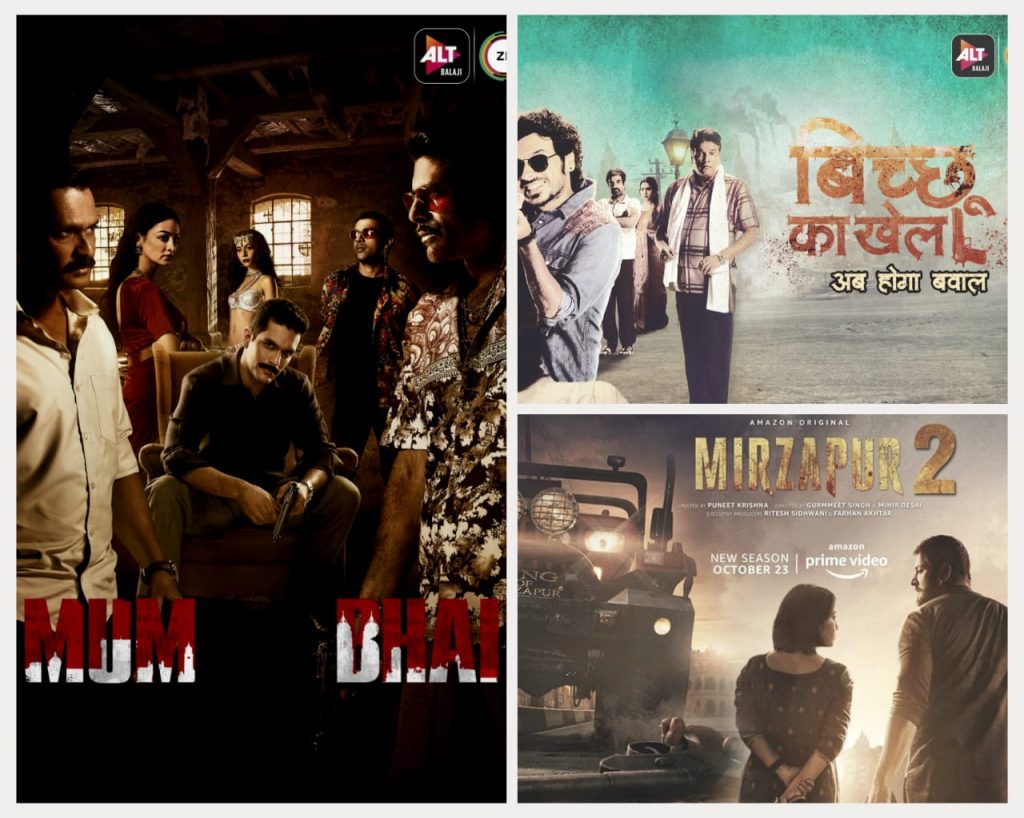 The advent of OTT has certainly spoilt the content-hungry audience for choice! It has made popular genres like crime-thriller, mystery, and action even more popular – case in point shows like Mum Bhai, Mirzapur, Sacred Games, among others, which have successfully revolutionized the genre in the digital world.

One of the most important and underlining factors for these shows to work is because of the narratives set in the Hindi heartland and the local dialect that has resonated well with viewers across the globe. ALTBalaji and ZEE5 Club’s highly-anticipated thriller ‘Bicchoo Ka Khel’ is another shining example of an exciting and gripping narrative of a crime thriller set in the Hindi heartland of Varanasi, Uttar Pradesh.

The trailer of ‘Bicchoo Ka Khel’ featuring Divyenndu as the lead protagonist Akhil Srivastava along with other notable actors including Zeishan Quadri, Anshul Chauhan, and Rajesh Sharma, among others, has caught the fancy of the audience. This is especially with the ones who like binge-watching action, thrill, dialogue baazi, maar-dhaad, whistle-worthy dialogues, revenge, and all that makes for a paisa-vasool masala potboiler!

Set in Varanasi, the city of light and the Hindi heartland of Uttar Pradesh, the story of Bicchoo Ka Khel revolves around Akhil (Divyenndu), a writer who is a fan of pulp fiction. In the trailer, we see Divyenndu as the mastermind of a dangerous game. Being a man on a mission who is ready to take on the bad world, we see Akhil strike down his enemies one at a time by stinging like a Bichhoo.

An industry insider points out, “Stories set in small towns mostly interest people as they are quite relatable. It gives the audience a refreshing change from watching scenic locations of Hollywood and venturing into their own cities, relatable characters, and their stories.”

Similarly, Bicchoo Ka Khel has got the basics of what makes for an eminently watchable show: gripping narrative, fabulous writing, well-etched characters, stupendous performances, an innate understanding of the youth. Also, a huge audience has opened up in tier 2 towns during the COVID-19 pandemic for the streaming platforms, riding on the omnipresence of mobiles and the growing spread of network service providers.

All set to stream on ALTBalaji and ZEE5 Club from 18th November, ‘Bicchoo Ka Khel’ is a crime thriller that revolves around the story of Akhil, a budding writer whose life is nothing less than a roller-coaster ride with twists and turns to keep you at the edge of your seat.

Manish Goel to feature as Vikas Dubey, based on the book “Main Kanpur wala” in HANAK