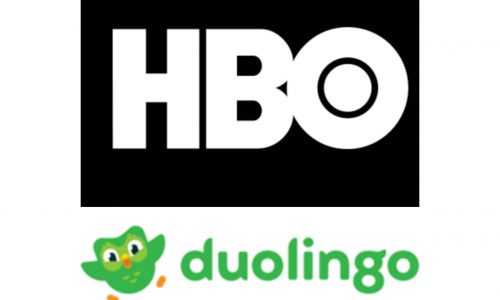 Duolingo (Nasdaq: DUOL) – the world’s most popular language learning app – today announced its official partnership with HBO Max for HBO Original “House of the Dragon.” The “Game of Thrones” prequel premieres August 21 on HBO Max and to help fans prepare, Duolingo is launching an updated High Valyrian course, the fictional language spoken in the show, including over 150 new words and more than 700 new sentences.

Duolingo worked directly with David Peterson, the linguist who developed the full High Valyrian language based on the book series “A Song of Ice and Fire” by George R.R. Martin.

“I am thrilled for new and old fans of the “Game of Thrones” series to experience the High Valyrian language. It’s been a pleasure to revisit the world of Westeros for “House of the Dragon” and work with the team at Duolingo to breathe new life into this course,” said Peterson.

To promote the updated course, Duolingo is rolling out an integrated marketing campaign teasing new phrases on cryptic billboards in major cities across the country, including an iconic space in Times Square. Meanwhile, the Duolingo mascot, Duo the Owl, is making his own ascent of the Iron Throne. The beloved mascot will make an appearance at HBO Max’s immersive fan experience, “House of the Dragon: The Dragon’s Den”, at Comic-Con International: San Diego 2022, where he’ll remind attendees to complete their lessons with

life-size push notifications and signs with dragon commands in High Valyrian. Cementing this partnership, Duolingo will also be gifting fans with “Wing of the King” pins to commemorate the updated course for HBO’s “House of the Dragon”.

“At Duolingo, we know content drives interest in language. Our data shows a direct correlation between user growth and what’s happening in the cultural zeitgeist, from K-Pop to Eurovision, and various international shows and movies,” said George Audi, head of business development. “We leaned into this by partnering with HBO Max to build excitement for one of the most anticipated shows of the year. This unique partnership around learning High Valyrian will enable fans across the globe to see how fun learning a new language can be while connecting closer with the world of Westeros.”

Fans have even more incentive to perfect their High Valyrian due to the upcoming launch of HBO Max’s House of Dragon: DracARys app. Learners can hatch a personalised, virtual dragon egg and “raise” their dragon at home in augmented reality. The catch – these dragons only respond to commands in High Valyrian, so get to practising and you’ll be the next Mother of Dragons!

Learn more about the High Valyrian course go to www.duolingo.com.