Along with the entire world, Bollywood has also been facing a lot of issues because of Coronavirus. Pulkit Samrat in an interview spoke about how he survived lockdown and how things have changed due the Coronavirus and how the lockdown compelled all of us to stay indoors for months at length. Pulkit Samrat called this a crazy situation with all kind of the emotions and made the most of the time where he developed baking skills (Baking Breads) is now his new found love. As he Pulkit loves learing he also started learning and playing Piano too.

He also added that his dog Drogo is entertaining and the two of them are busy throughout the day. In his free time, he likes to play guitar and games like Blokus, Monopoly and Go Sushi.

Considering the changing situation at his work, Pulkit Samrat said that his film Taish was scheduled to hit the big screens but due to COVID-19 the film is now realesing on the streaming platform ZEE5 on the 29th October 2020.

Adding further about the reaction of the audience regarding the film realse on the digital platform Pulkit Smarat said that he is very excited for the film to realse as he received messages from differennt corners of the world after the release of the Taish Trailer,In diffrent languges where he had to google translet the messages to decode the meaning. 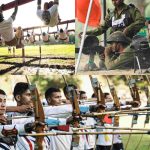