Yeh Rishta Kya Kehlata Hai’: While Akshara resigns from the hospital, Abhimanyu gets an urgent call 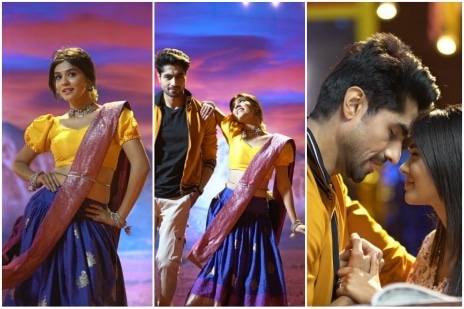 The Tuesday episode started with Manish apologising to everyone at the party and declaring that he is cutting off all ties with the Birlas. Abhimanyu tries to apologise to him, but Manish takes Akshara away. Later, Akshara tries to cheer Manish up and brings some kachoris for him. Kairav takes it to him and convinces him to have it. Manish finds a note in it which was a message from Akshara. Kairav tells him that he had heard from Naira that once she also hid a message in the kachori, and Manish burst out laughing reading it. But Manish tells him that this time he feels like crying.

Meanwhile, at the Birla house, Harshvardhan is happy that the Goenkas got embarrassed publicly. He tells the family that he has a son, but the Goenkas have two daughters and they should have been careful about what they do. Abhimanyu was sitting next to him, and he stopped him from saying anything more. He tells him that Manish is his would-be wife’s bade papa, that means he is his own, the Goenkas are their family, and he shouldn’t talk ill about them. Harshvardhan blames Manjari for Abhimanyu’s behaviour, but Manjari is heard saying that Abhimanyu at least knows how to respect women which clearly Harshvardhan doesn’t know.

Akshara is off to a music class close by and Abhimanyu comes there to surprise her. They both have a cute moment together but Akshara tells him that he should leave before someone sees him and that will only create more troubles for them. Abhimanyu was going but Akshara stopped him. They then dance to “Saami saami” from the movie “Pushpa”.

At the same time, Aarohi feels that Akshara must be with Abhimanyu. She goes to find her and is heard saying that if she is with Abhimanyu, she will tell the others about it. Meanwhile, Akshara tells Abhimanyu that it’s late and she should leave before the family gets worried. She was leaving but found Aarohi at the exit.

In the upcoming episodes, we will see that Akshara gives Abhimanyu her resignation letter. He is surprised with this, but just then he gets a call from someone called Aalisha and he leaves immediately. To know what happens next, keep watching “Yeh Rishta Kya Kehlata Hai”.