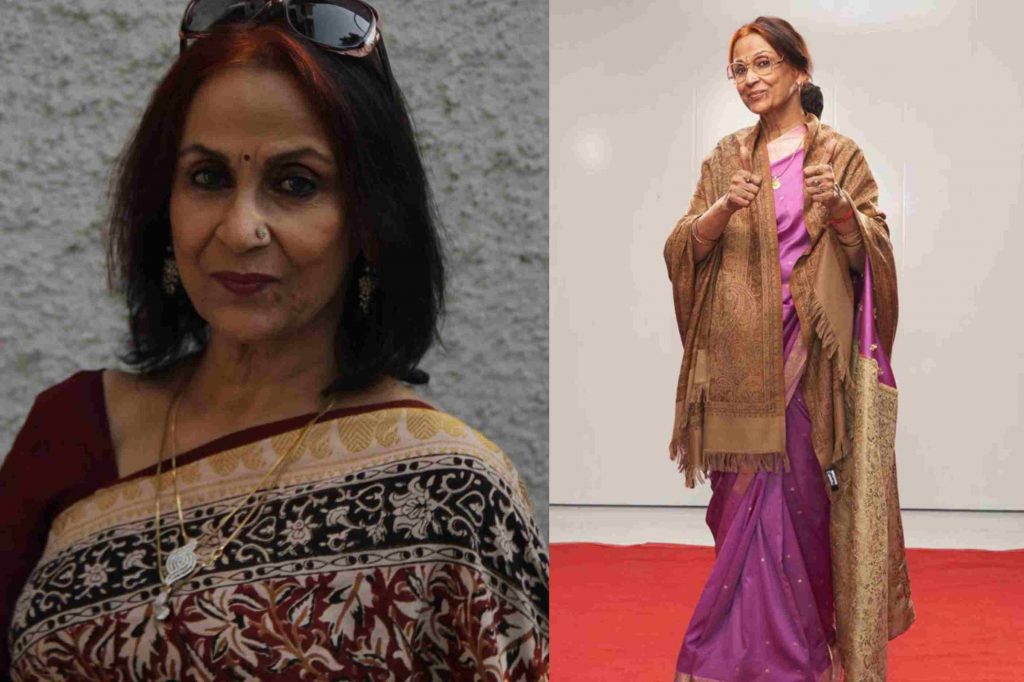 Joyoshree Arora says working with writer-director Payal Saxena, producer Himanshoo A Pathak and the team at Elixir Production for her next, Ishqiyoun, has been an amazing one. The actor plays the role of Ammajee, a character that has its own quirks and layers.

“Ishqiyoun is a new age name that means there is no age to fall in love, and I also found the concept very interesting. I have been doing television since 1980, and treat each assignment of mine as my debut and give everything to all of them. After acting in over 200 projects, I took up this series with the same thought in mind and was very excited to be a part of it,” she says.

On how she bagged the project, Joyoshree shares about getting the offer from the friend, which immediately made her comfortable. “My old friend Sangeeta Balachandran called me up from Mumbai and narrated the story written by Payal Saxena and also told me about my role. Sangeeta did not give me any option to say ‘NO’ for the project (laughs), and I also felt that the role of Ammajee that was offered to me is fantastic. Then I met with Payal Saxena. She is a very warm, charming and vivacious person, very energetic and creative. It was nice meeting her. In fact I did not feel that I was meeting her for the first time. Also, I met Himanshoo A Pathak and Durgesh Wagle (DOP) for the first time,” she adds.

Each new project adds value to the growth of an artist. And, Joyoshree feels it also leaves a mark not just upon the audience but also on the actors, who are a part of it.

“Playing Ammajee was fantastic. Sitting in her Aanganon on a cot, smoking hookah and ordering people around and still feeling neglected, this poor old lady has many layers to her character. And, touching upon all of them and understanding her psyche was quite enjoyable,” she says.

A lot of new age content is being developed these days, more so since the advent of OTT. “Good that new age contents are being developed, some are excellent, some are average and some are total trash. But one has to cater for all kinds of people. I am very happy that Ishqyioun can be watched with the entire family and there are no embarrassing moments. As long as healthy, wholesome entertainment is there, it’s wonderful. But, these days there is too much sleazy stuff, which, I feel, is not very healthy,” she says.

Web Series are in these days and plenty of platforms are coming up that are churning many such projects.

“Web series are giving plenty of opportunities to new age/creative writers, actors, directors and the technicians and it is there to stay. All creative people have a responsibility towards our society along with earning for themselves and their respective families. This has to be kept in mind. On the whole, web series are giving food for thought and wake up calls to TV serial makers that to remain in the limelight overall improvement is a must,” she concludes.

Busy yet looking bold ! Alaya F shares a carousel of stunning pictures amidst the promotions of Freddy

A promise of An Action Hero! Read to know what happened!