Sagar Parekh: TV as a medium teaches you a lot, makes you tough 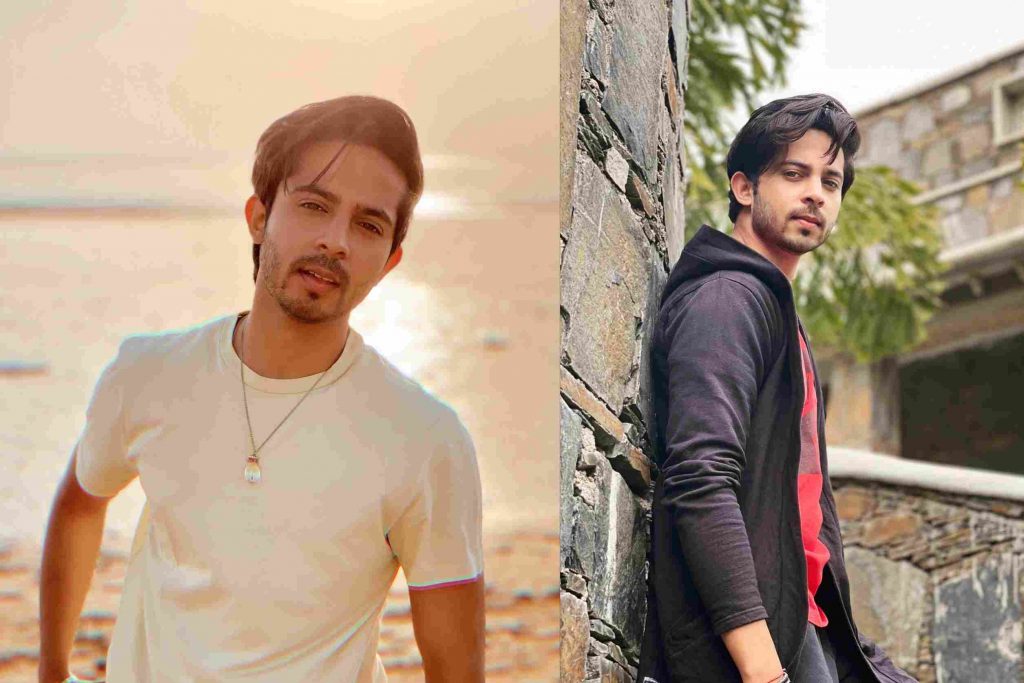 Sagar Parekh enjoyed his stint with Balika Vadhu 2 and shares that it got over in a very different way. It was during the first phase of the lockdown that he got the opportunity to shoot for a show called Tera Yaar Hoon Mein (TYHM) that was aired on Sab TV. At the same time he received a call for Balika Vadhu 2 (BV2). He signed the two shows on the same day as, given the contracts, TYHM was supposed to get over within 3-4 months, just before BV2 started. However, things did not go according to plan.

“TYHM did not get over in the said period of time, and the shoot got delayed for Balika Vadhu. By God’s grace, TYHM worked well for me and I received a lot of love for my track. By the time it finished, Balika Vadhu started. I had a huge responsibility with BV2 as it was such a famous brand already. Everything about it was so traditionally related to Gujarati. Being a Gujarati myself, things worked in my favour. It was quite an experience as the director was really strict. However, it was all going good then suddenly it had to take a leap and the whole cast was changed so that’s how my track got over on the show,” he shares.

The abrupt ending was a huge blow to the actor, who gave it some time before coming back with the show, Fanaa Ishq Mein Marjawan. “Thankfully this show also became popular. I feel blessed to be a part of shows that any actor would love to do. I’m still shooting for it, although my track is not really on right now because there is something else going on in the story. In between, I worked for an amazing web show called Kaisi Yeh Yaariyan. This youth-based show on MTV also garnered good reviews. I just hope I keep getting such good projects in the future too,” he smiles.

Sagar has done parallel leads in a few shows. Ask if he thinks it becomes difficult for an actor, playing a parallel lead, to bag the lead role and Sagar replies in negative. “I think I’m just waiting for the right time. I’ve different plans and I don’t see it that way. I just want opportunities where I can showcase my talent. For every character that I’ve played so far, I tried to give my all. For me, quality matters over quantity. Yes, I want to play leading roles, it’s a dream, but I don’t want to rush into things.”

This struggle does not disappoint Sagar. The actor says that everyone needs to hustle to fulfill their dreams. “Today’s audience is smart. Shows cannot run on two-three people—hero, heroine and the villain. It has to be teamwork. In Sanjay Leela Bhansali’s movies or any great movie for that matter, all characters are given importance. Times have changed. It is all about how good the story is and how well everyone performs,” he adds.

Sagar always stays motivated. His motivation is “willingness to do more and to learn” more. You fall, you get up, you fall again and you get up again, that’s how it works. It’s like a cycle. I believe in the process and that’s what I tell everyone too. Only hard work and perseverance will help you in the long run,” he says. About the kind of roles he is looking out for, Sagar adds, “I don’t want to repeat my characters. Till now I have done seven to eight shows, few of them are parallel leads, and I have made sure every character looked different, be it with my appearance, acting or my performance, or energy level. I love challenging roles.”
TV as a medium is very demanding. “It is true because there is a lot of responsibility in terms of looking good, your acting skills, your memory, competition and there is so much chaos that you have to be on your toes no matter what. You have to be prepared for everything. You also don’t have time for your personal life as doing a daily soap means you are shooting back-to-back days. But that’s how it is. TV as a medium teaches you a lot, makes you tough,” he says. Competition has only gone up. If someone says no to a role, someone else grabs it. Agreeing, Sagar adds, “But that should not affect you. If you are hardworking, you’ll definitely crack something good because there are a lot of projects and opportunities out there. You should stay focused. Be confident about your craft and believe that nobody else can do it better than you.”

We’re in an ever-changing industry, and over a period of time, as our audience is becoming mature, content on TV is becoming more real, believable : Vijay Kalvani