Home » Entertainment » Television Gossips » Preeti Jaswal on being part of Ishqiyoun: I said yes instantly because of my character

Preeti Jaswal on being part of Ishqiyoun: I said yes instantly because of my character 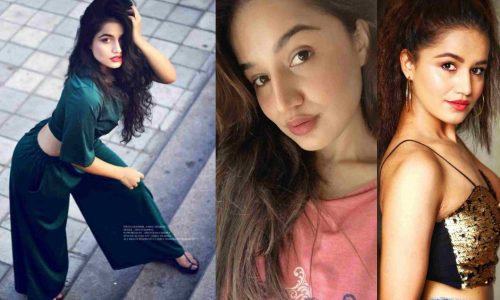 Actress Preeti Jaswal, who plays the role of Raghini, in the series Ishqiyoun produced by Himanshoo A Pathak, Written-Directed by Payal Saxena(Elixir Productions), says that she fell in love with her character instantly and that was what motivated her to be part of the show.

“I said yes to this project because of my character. I have never played such a character on screen. I am playing the role of Raghini. She is a very simple, small town girl but she knows what she wants in her life. Not only my character, but every character has his own journey and is equally important. I wanted to work in a good web series so when I got a call for this project, I heard the script and immediately said yes. Overall, the storyline has every emotion. I got a few offers before also for web series but couldn’t do them because they were very bold and I was not very comfortable in exposing them on screen,” she says.

Talking about working with producer Himanshoo A Pathak, Writer-Director Payal Saxena and Elixir Production, she says, “It was beyond awesome working with such a great producer. One thing which I really like and admire about Payal ma’am is that she treats everyone equally on set. I wish Payal ma’am and her production house keeps on making such good content because, trust me, it was so much fun working with her and the industry really needs more producers and directors like her. She has a very good sense of humour too and, as a director, she is very good in explaining what she wants from her artist. She doesn’t like to compromise with the content but she also gives full freedom to her artist on the set in terms of playing with the character. She is very calm on the set and I really enjoyed being on her set.”

She adds, “Himanshoo sir is very humble and soft spoken. He takes care of everyone on the set. At times, our shoot even gets late but still I never saw him getting hyper on anyone. He has very positive vibes. It was such a pleasure working with him. He is a true gentleman.”

Preeti says that all her projects have always held a special place in her life, this one being no different. “Every project has its own importance in an actor’s life. You get to learn so many things especially when you are working with experienced artists. It helps you increase your skill also because then you have that extra pressure of giving your best performance,” she says.

Talking about the title, Preeti says, “When I heard the title, the first thing that came in my mind is that it’s a love story but there are also lot of guns or maybe it’s a mafia love story where the hero and villain both are killing people and there is lot of violence. But there is nothing like that, the story is very different, it’s like a surprise for everyone behind this title.”

Meanwhile, the actress says that OTT has helped improve a lot in the industry. “It’s very good because it can give opportunities to many actors who come with a lot of dreams in this city. Especially now, there are many new platforms where people are making such good content. Every content has its targeted audience which gives the liberty to filmmakers to create more and more awesome content everyday,” she says, adding, “It is good that many platforms are coming each day. This can be very beneficial for artists as they can get more work and also get to experiment on screen. But because of countless web series on every platform, sometimes the audience skips good content also. I have seen many series where there was no big artist but still the content is so good. It’s good that we have many options to choose from but sometimes as I said the audience skips good content.”