Home » Entertainment » Television Gossips » Aly Goni: After Bigg Boss, I took a conscious break from TV as I wanted to explore other avenues, spend time with family, Jasmin… and did a few music videos

Aly Goni: After Bigg Boss, I took a conscious break from TV as I wanted to explore other avenues, spend time with family, Jasmin… and did a few music videos 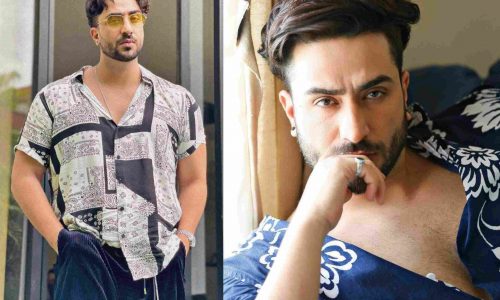 Aly Goni has been a part of both fiction and non-fiction shows such as Kuch Toh Hai Tere Mere Darmiyaan, Yeh Hai Mohabbatein, MTV Splitsvilla 5, Fear Factor: Khatron Ke Khiladi 9 and Nach Baliye 9. His popularity only increased when the actor took part in Bigg Boss 14 last year. But since then, he has not taken up any TV show. One wonders what is stopping him and the actor replies.

“After Bigg Boss I took a break from TV. It was a conscious decision as I wanted to explore other opportunities, avenues. I worked on myself. I travelled to my hometown Jammu often to spend more time with family. I did a couple of music videos,” he shares.

People still remember him as Romi Bhalla from Yeh hai Mohabbatein. “It’s true the character of Romi Bhalla was quite popular. I feel blessed to have received so much love. When you are part of something as magical as this show, you feel like. I totally enjoyed doing the show,” he adds.

About the changes that he has had in the industry over the years, the actor says, “The industry has definitely evolved in every department.  Variety of content is being explored and how. Audience has become more intelligent, mature and receptive to new ideas. The stories are more realistic now. Drama still sells on TV, but unlike earlier, I don’t think they are going overboard, which is a good thing.”

Aly was happy doing music videos. He also travelled a lot. “I also spend quality time with Jasmin (Bhasin; actor, Aly’s girlfriend) as well. Visiting my hometown a couple of times made me all the more excited. I also met with a few producers in Bollywood and OTT,” he adds.

The actor is open to roles which would do justice with his talent. “I’m ideally looking to work both on OTT and TV. Ideally I would like to do finite series’ and that too roles that would really drive me to give my best and make me take up a project,” he shares.

Aly has worked in both TV and OTT.  About the difference he has noticed in both the mediums, he adds, “Both mediums work differently. A daily soap pattern and pressures are different as you have to churn out episodes on a regular basis. In OTT, the content is more real. I feel thrillers and action based stories work more on OTT,” he says.

The OTT boom is here to stay. “Pandemic has opened the doors for OTT. Even people who were not used to watching content online have got hooked on OTT. The last two years have definitely altered the viewing pattern. And I think, as time passes, more and more people will enjoy watching streaming platforms. At the same time, I think along with OTT, TV and big screen will co-exist,” he signs off.