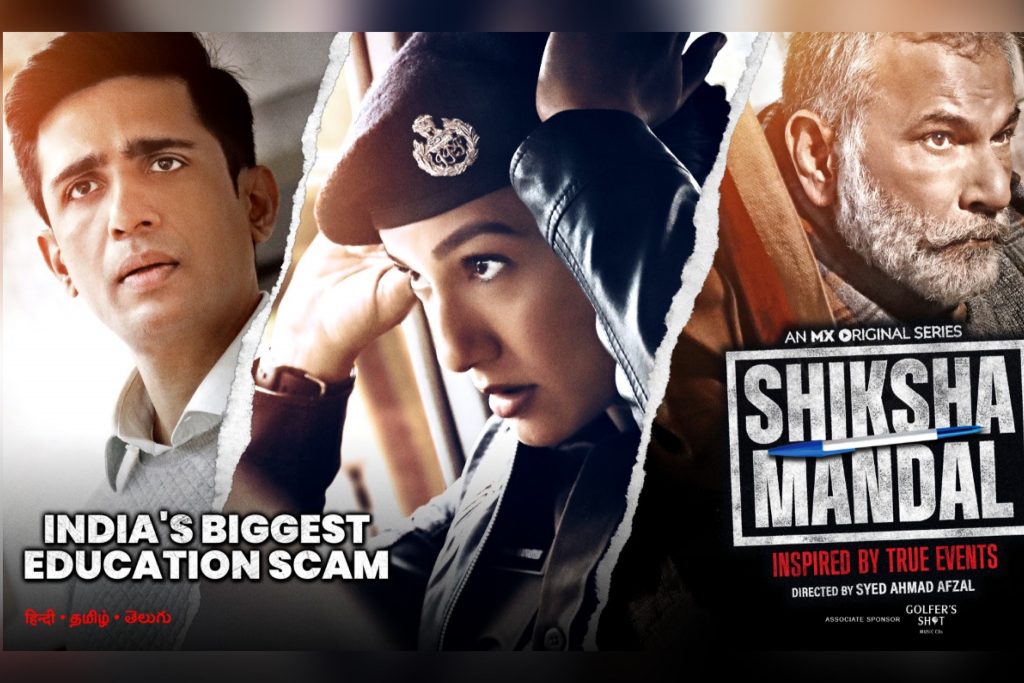 Mumbai, 29th August, 2022: While we have seen the youth of India excel across sectors after completing their education, so many fraudulent practices and scams prevalent in the educational system are enough to ruin their careers. Unravelling India’s Biggest Education Scam, MX Player presents to you yet another hard-hitting narrative with the MX Original Series, Shiksha Mandal.

The trailer captures how bright students have been forced into playing a part in a corrupted education system with no hope of standing up to the authorities. Money, secrets, politics and plenty of scandal – the premise highlights well-strategised exam scams fuelled by politicians in collaboration with educational institutions and how this further leads to mysterious disappearances and deaths of students. Calling attention to these practices with its dangers, Shiksha Mandal promises to showcase the complications and unsolicited operations that have been a part of the fraudulent high-level exams.

Commenting on the series, Director Syed Ahmad Afzal said, “While Shiksha Mandal is a story inspired by true events, we’ve tried to ensure that the narrative is as gripping as it is realistic. It’s an added advantage for us that we have talented actors like Gauahar, Gulshan, and Pavan sir, who have shown faith in the script and me! Our association with MX Player is strengthened with this show, and we hope to create such hard-hitting stories together.”

Gauahar Khan, who plays a cop in the series, said, “I am happy that I am a part of Shiksha Mandal, and it’s my first time as a Cop. It’s a challenging role for me, and I hope I can give complete justice to it. Shiksha Mandal revolves around the education scam, which is of concern as we are the largest and most intelligent population, and we need to ensure that we give everyone an equal and fair opportunity to be educated. It is something we must strive to work towards.”

Gulshan Devaiah says, “Any scam related to education lands a heavy blow on aspiring candidates struggling hard to clear exams and is enough to break their morale. As an actor, I have tried to experiment with my roles, scripts and content I work on. Shiksha Mandal is one such project I’m glad that it came my way. Education is an important sector that is instrumental in empowering our today and shaping our tomorrow; thus, having been a teacher myself, being a part of this story & playing the part of a teacher made perfect sense to me. Teaching is the most noble of all professions and I truly believe in that ideal. As a team, we have given our best to make a show that’s relevant, resonant & impactful to its viewers.”

Pavan Raj Malhotra, who plays a powerful man in the series said, “I like to take up roles that make an impact on the audience, be it with laughter or a stirring thought. With Shiksha Mandal, we are deconstructing what goes in the corrupted educational circuit and the impact on the common people involved. And that is the kind of story I would like to be a part of.”