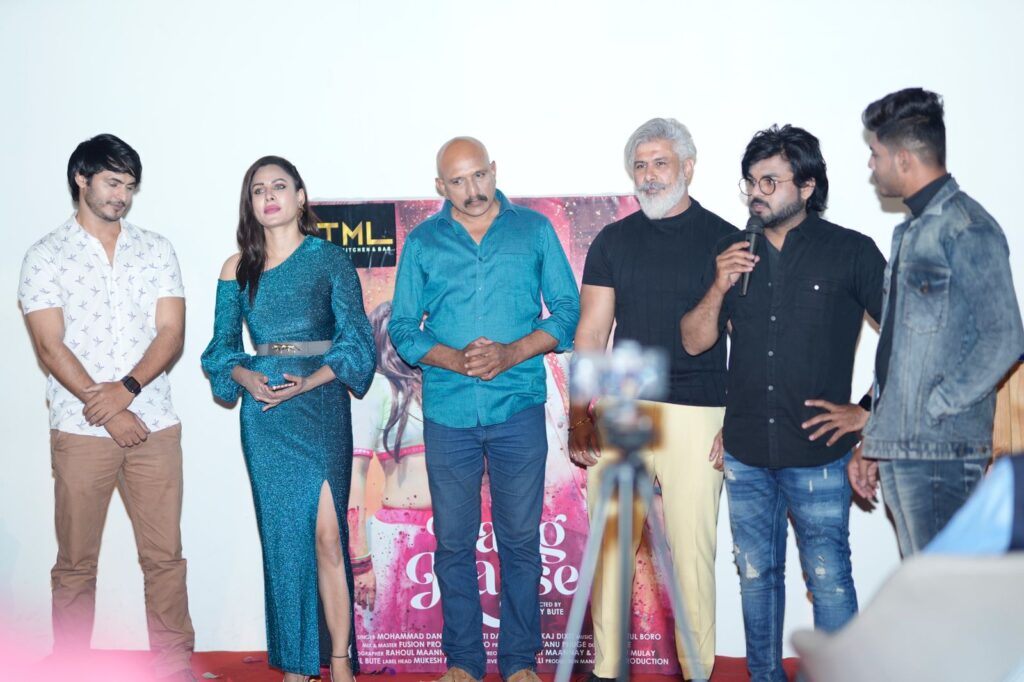 This Holi, get ready to groove to the beats of Ravi Bhatia and Kavya Keeran’s ‘Rang Barse’

Holi is just around the corner and that means we will be receiving a lot of content around the festival of colour. And well, ‘Rang Barse’ from upcoming film ‘Chaupaar’ is the new song of the season for it has all the right beats that will get you grooving.

Sung by Mohammed Danish and Senjuti Das, the song was launched just a day ago by 7 Series Records. Touted to be the Holi song of 2022, the song boasts of an upbeat track, is filled with colours, and promises to get you dancing. Both Ravi and Kavya’s moves and the chemistry manage to strike a chord just right.

Talking about the movie, and the song, director Vijay Bute said, ”We’ve released the first song from Chaupaar, titled ‘Rang Barse’. The movie narrates the tale of enmity between two royal families. Since the movie also takes from Holi, we decided to release the song and people are liking it so far because it is an upbeat dance number.”

He added, ”The film’s shoot is likely to wrap up in April and we are shooting for the same in Pune. We are sure that the movie is different and will add freshness amid the content that already exists, promising a movie that we haven’t seen before.”

Also talking about the movie, Ravi, who plays the male lead, said, ”The movie is based on the game from Mahabharat, ‘Chaupaar’. The movie is about how the game of gambling leads to enmity and what it eventually becomes. Meanwhile, the movie is also a love story, and has action sequences too, is filled with drama, and it will be fun to watch the movie as it is a complete package. We are sure the audiences will love it.”

He further added, ”I play Rajveer, he is a lover boy and he has to fight because the family is fighting, and the story is about how he balances the fighting as well as his love amid all of this.”

Vijay, along with producer Shantanu Phuge have been working on this movie for 2 years. The movie is expected to hit the screens soon.