Home » Entertainment » ‘Love In Ukraine’ director Nitin Kumar Gupta: Seeing the warzone videos the cast sent me made me cry

‘Love In Ukraine’ director Nitin Kumar Gupta: Seeing the warzone videos the cast sent me made me cry 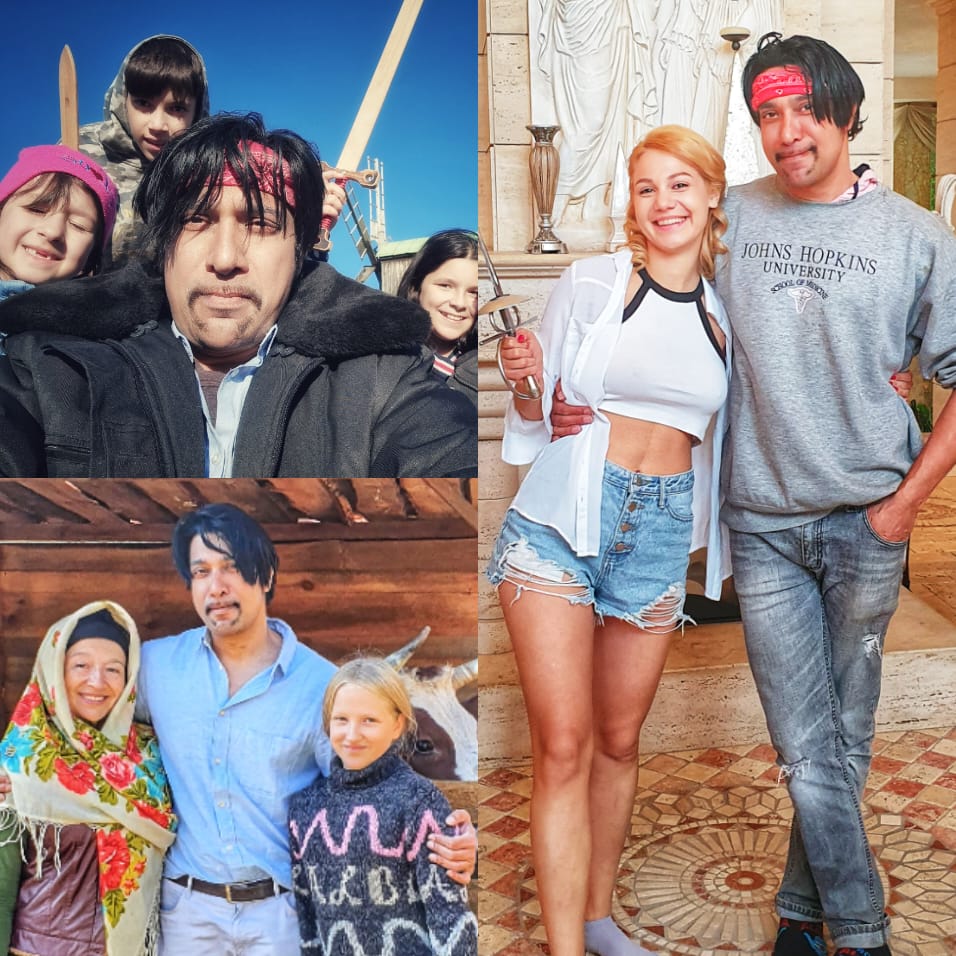 Filmmaker Nitin Kumar Gupta, who has helmed the film, ‘Love In Ukraine’ is deeply moved by the reactions of his Ukrainian cast and how they are waiting for the film to release. The filmmaker who finished shooting for his film in Ukraine just days before Russia invaded it, says that most of his cast and crew are still stuck there.

“We have received videos from the Ukraine cast and crew who are still in the war zone. Lead actress Liza is still stuck in Dnipro, action director Yura is separated from his wife and daughter in Kiev, Lola and Oles are in western Ukraine, Ruslan and Boris are actually an active part of the battle at the moment. There are others too; Yulia the makeup artist, who fell in love during our shoot, Roman from the outskirts of Lviv, Larissa from Bucha who provided her castle for the shoot, which now lies in ruins, and also others like Lyuchia, Konstantin, Vladimir and Mila, who is 5 years old. I am still unable to contact Misha who was the fencing coach and plays a professional swordfighter, Artem and Volodym,” he says.

However, they are waiting for the film to be released. “Seeing the videos that the cast sent from the warzone made me cry. It made me remember the months we shared together as friends while filming. I cannot even begin to imagine what they must be going through. What gives me happiness is that they all feel that the film release is a ray of hope in these terrible times,” he says.

The videos that have been sent by the cast are full of positivity, hope and optimism. Lola says, “I miss the whole crew and hope we can meet soon. For everyone who will watch the movie, I am sure you will enjoy this beautiful story,” while Roman adds, “I enjoyed playing my role and I am sure you will love it too. I am sorry I couldn’t come for the trailer launch but I will come once everything is alright. Till then, watch me in the film.”

Meanwhile, the filmmaker also adds that he has received a lot of support for the screening of the film as well. “I have received a tremendous response to the trailer from everyone, but most significantly from international ambassadors and diplomats. They have expressed a huge amount of appreciation and a desire to watch and screen the film in their countries,” he says.

He loves the way the film has shaped up. Talking about casting actor Vipin Kaushik, Nitin says, “Since my script needed a fresh face from India to go with the Ukrainian girl, it took months of auditions to finalize the lead actor. Vipin Kaushik is not new to acting, he has years of theatre experience. He has certain skills that helped me finalise him. He is a Taekwondo gold medallist, he has an impressive bass voice, his acting skills are flawless, plus he is able to pull off comedy, which in my opinion is the most difficult to master. Apart from that, he is hardworking and passionate and performed brilliantly. In fact, he did all his stunts himself, from horse riding to fencing to action and falls.”