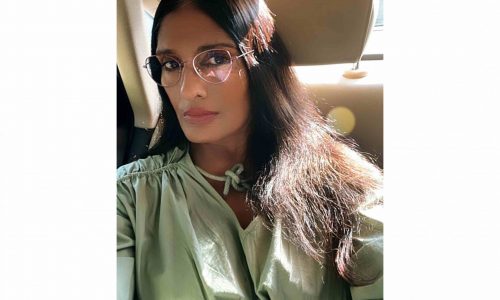 Anu Aggarwal made her film debut in July 1990 with the Mahesh Bhatt movie Aashiqui. Anu, who survived a near-fatal accident in 1999 and stopped working in films, is a Yoga Guru now. She started the Anu Aggarwal Foundation (AAF) and has been working on various issues including suicide prevention. Her contributions to bettering life were recognized recently by the Forbes Magazine in London.

“It is the result of a lot of hard work. I am grateful that my efforts are being rewarded said the former actress. “Bringing help and joy to people has always been my priority. I have a Master’s degree in social work. I have worked for refugees and became a UNHCR ambassador way before I turned into a supermodel and movie star with Aashiqui. I went on to master yoga and alternative healing. I healed myself miraculously and found inner joy. It was my love for the society that inspired me to share the secret of healing through AAE”, she explains.

The AAF’s main focus is to maximize potential and foster joy and peace in people. “We also work towards raising awareness about the environment and creating synergy among the mental, physical, emotional, and psychic health of an individual to help him realise his potential to the maximum. We enable people to live in the moment, and help them connect with their own gigantic power:
The idea is to make every human live in harmony with nature, and bridge the gap between the self and the cosmic super-self to reduce stress, improve wellness, live in joy, and adopt a transcendental lifestyle to make dreams come true,” she adds,
“I have always been a role model and hope my fellow public figures take the cue from me and discharge their responsibility to those who are not as privileged. A few celebrities are already engaged in this, but I feel many more can join in. I feel the mix of Independence and Interdependence will aid world peace. To this end, during the last 22 years, I have trained in and mastered meditation, ran a meditation center, lived as a yogini, and trained in neuroscience, side-lin-ing my Bollywood career. It took years to devise my miracle module Anufun. I share it at health conferences worldwide, and for this, I have been conferred the honorary title of ND (Naturopathy Doctor),” she says.

Talking about the Foundation’s activities, she highlights yoga therapy, which has been used to transform a multitude of people, including refugees, the underprivileged, outcasts and the displaced,  destitute women, children, and youth, as well as those suffering from illnesses such as cancer and HIV-AIDS, through mind-based, holistic methods. “So far, we have been able to impact about 22,1,050 people,” she says.