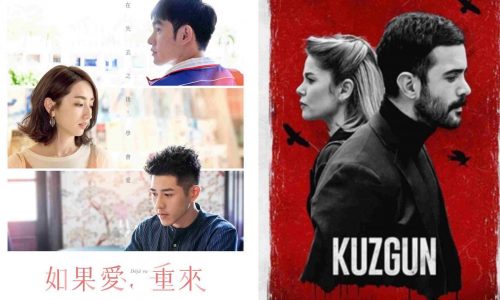 MX Player has successfully kept the viewers gripped with its unique offerings and multitude of content across diverse genres and languages. The streaming giant is loaded with some great shows and striking additions to its catalogue for August. Take a look at the shows to watch on MX VDesi and upgrade your watchlist for the month!

Name: One the Woman

About the show: Only available on MX Player, One the Woman is the story of a tough and rogue female prosecutor who one day loses her memory and changes place with a conservative housewife who looks just like her.

About the show: Kuzgun’s family life changes completely as a result of the caliper held against his father, who is a police officer. Kuzgun undergoes a lot of struggle that includes bondage, pain, anger that will last for 20 years.

About the show: Aurora/Roe, a librarian and amateur sleuth, investigates and solves murders with the help from her friends in Real Murders Club.

About the show: This Taiwanese drama series released in 2013, the story revolves around a woman who gets the chance to get the same man to fall in love with her all over again? Hai Lin (Mandy Wei) is an accomplished professional ballerina whose life is as wonderful as she could have hoped. Engaged to the love of her life, Xi Wei (How Yao), and pregnant with his child, Hai Lin looks forward to their marriage and to settle in bliss. But all of her dreams end tragically one day when a terrible car accident takes Shih Wei’s life and she suffers a miscarriage. Devastated, Hai Lin is upset enough to try to take her own life, but a wise magician appears in her life and makes her an offer she can’t refuse. The magician gives Hai Lin the chance to go back in time to relive her life with Shih Wei — but only if she agrees to give up her most cherished thing. When Hai Lin leaps at the chance and goes back in time, only to find that Shih Wei no longer feels the same way about her, can she recreate the loving relationship that she so desperately wants?

About the show: Kim Tae-hyun is a talented surgeon. Desperate for money to pay for his sister’s medical bills, he adopts the code name Yong-pal and offers his medical skills to those in need of medical attention but who cannot do so publicly, dealing with criminals and corrupt plutocrats. Joining a team of corrupt physicians Kim rescues “sleeping beauty” Han Yeo-jin, a chaebol heiress, from a medically induced coma, leading to unintended consequences.