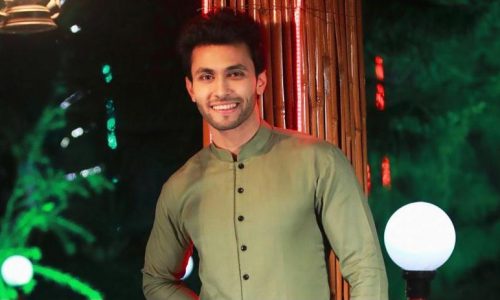 After his movie Consequence Karma’s success, he is all ready to play as lead in a new web series. All set of play a character which he hasn’t dreamt of. “It has been a totally different experience for him and he has learnt a lot” said Monis. The shoots already completed and soon the web series will be launched. Talking about his journey he said “One should not lose hope and should always be patient, One day or another success will come.” One must take rejections as a boost to enhance his/her performance. He is receiving so much love from his audience and the important thing is that critics are also appreciating his performance and the movie overall. Prashant shishodia , Senior Entertainment Editor NDTV gave a positive review and wrote “Small budget, big thought, Consequence Karma shines with Monis Khan as Saahil” . Parag Chapekar also appreciated the movie and wrote “Consequence Karma holds strong with its skillful cast”
Not all make a big start, but no matter how small it begins, people do get to understand with time, what one’s soul carries, and what one is capable of. Well, for Monis, this small start began with Savdhan India, Crime alert, Crime stories, Khakhi, and slowly made his way up to Bollywood.
Now let’s know more about Monis and his journey. A young passionate guy from Muzaffarnagar, continued along to Meerut and then with him shifting to Noida for studies, led him along his way. But as we know, a journey doesn’t end unless we or our destiny wishes to bring an end to it, and Monis had yet a lot to see. He began his theatre in Delhi, worked hard, saw a dream, and finally shifted to Mumbai, with little experience, nothing for contacts, and a mind, which just wished to learn.
His debut movie “Consequence Karma” is streaming on various leading OTT platforms including MX player, Hungama Play and many more. Movie’s trailer is already on Altitude 8848 films’ YouTube Channel and did tremendously well. Monis has already given interviews to various media houses like Pop Diaries, Viral Bollywood, Bollywood helpline, Bollywood flash, ViRAL Television, Bollywood Tashan etc. and explained his journey of making a complete package for the audience in the phase of corona pandemic. In the interviews he explained how difficult was for him to manage everything being deciding the cast , location , crew management in the middle of the pandemic, But when the end product is great then everything is put in becomes worthy.
This movie is an infusion of Karma with Garuda-Puran, which depicts the heavens & hells, thus this Mytho-mixed modern drama-thriller is named Consequence: Karma.The film that got its very first preview in Mumbai’s Famous Preview theatre ‘Sunny Super Sound, Juhu’ .The preview was attended by famous Bollywood Film critics Prashant Shishodia & Komal Nahata , Actor Inaamulhaq,  Sanjay Gandhi, Singer Raja Hasan, Director Faraz Haider and others along with film’s cast & crew. In the movie, the Mythological connection is made through the stories from Ramayana & Mahabharata and ‘The Mythological Flashbacks’ are shown in uniquely different way that has never been seen before.
Monis and his talents being a charm, he even had made a lot of friends, and his quality to appreciate them and give them the importance they deserve is what made him move ahead. He came to Mumbai without contacts, just with his theatre knowledge, but who knew, who knew that this lad would bring upon the best and will lead his path towards what he always desired for. Well, none knew apart from who saw his talent, motivated him, and let him walk along his way, providing opportunities. Not all get this, which is why the “Hard work given by him, it never comes with a lack”