From ‘Aadha Ishq’ to ‘Indori Ishq’, here are 5 Indian web series that accurately encapsulate the blazing pain of unrequited love! 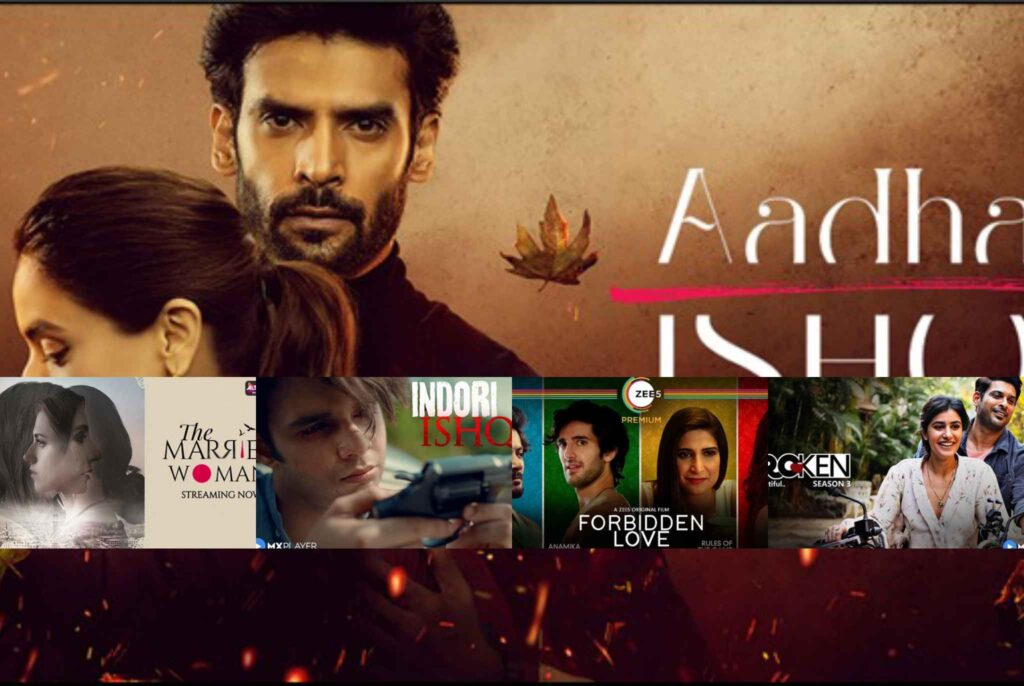 There’s nothing quite heartbreaking than being stuck in a situation of unrequited love or forbidden love. Over the years, a lot of films have glorified the idea of ‘love knows no bounds’ in our heads, but when reality strikes, it’s often quite unalike the fictional stories that we’ve been seeing on the big screen. However, with the current boom of streaming platforms in India, a lot of filmmakers have attempted to tap into the realities of unrequited love in its true sense. Here’s a list of five Indian web series that have accurately encapsulated the complexities of unrequited love:

A modern-day romantic saga, ‘Aadha Ishq’ is a Voot Select Original series that follows the tumultuous events that unfold when Rene gets swept off her feet by the charismatic Sahir, an artist who shares a turbulent romantic history with her mother, Roma. What compels Sahir to reappear in his ex-lover Roma’s life after almost a decade, forms the crux of this romantic drama. This nine-episodic series is directed by Nandita Mehra, and it stars Aamna Sharif, Gaurav Arora, Pratibha Ranta and Kunaal Roy Kapur in lead roles, alongside Suchitra Pillai, Darsheel Safary and Pooja Bhamrrah in supporting roles.

Starring Ritvik Sahore and Vedika Bhandari, the MX Player Original ‘Indori Ishq’ focuses on Kunal and Tara’s love story, which hits rock bottom after the former leaves Indore to join a naval college in Mumbai. However, his joyful life comes crumbling down when Tara dumps him, and he turns into an alcoholic, as well as a chain smoker, by putting his career at stake. Helmed by Samit Kakkad, this romantic drama web series spans across nine episodes.

Set amidst the backdrop of the Babri Masjid Demolition that shook the nation in 1992, ‘The Married Woman’ chronicles the journey of Aastha, a dutiful wife and doting mother, and Peeplika, an unconventional artist, who find true love in each other. However, whether the love birds surrender to the shackles of society or break free to live life on their own terms, forms the plot of this ALT Balaji series. Directed by Sahir Raza, The Married Woman stars Ridhi Dogra, Monica Dogra, Suhaas Ahuja, Rahul Vohra, Ayesha Raza Mishra, Imaad Shah, Samridhi Dewan, Nabeel Ahmed and Nadira Babbar in key roles.

Directed by Priyanka Ghose, ‘Broken But Beautiful 3’ focuses on Agastya Rao, a struggling theatre writer-director, and Rumi Desai, an independent woman, as they embark on a quest for true love. With fate having different plans for the couple, Agastya and Rumi keep falling apart every time they decide to give love another chance. The star cast of Broken But Beautiful 3 boasts of Sidharth Shukla, Sonia Rathee, Ehan Bhat, Saloni Khanna, Manvir Singh, Taniya Kalra, Jahnavi Dhanrajgir and Tanvi Shinde, among others.

Marvel Studios’ Doctor Strange in the Multiverse of Madness opens at a phenomenal 32.74cr. GBOC on Day 1!

‘Mukhbir- The Story of a spy’ Review : Masala & thrill in every scene?