Isha Chhabra gets candid about her song ‘Teri Aakhya Ka Yo Kajal’ and why she did not receive any recognition for it.

Isha Chhabra is making her way towards Bollywood with MTV’s new reality show ‘Forbidden Angels’. Little do we know that she was the original face in one of the most popular song ‘Teri Aakhya Ka Yo Kajal’

“This song was the 1st song of my career. We had worked really hard to make this song a hit and I had specially taken a lot of workshops and had given a lot of time to make minor details perfect. I personally love this song a lot, but I feel unhappy that all my hard-work is yet to be acknowledged by the audience.” Explained the actress.

“Sapna danced on my song so many times that slowly people started recalling this song to her name. I agree that she dances really well but we shouldn’t forget that she has just performed on it.” added Isha Chhabra.
The song is well-known amongst the masses even till date and ex Bigg Boss contestant Sapna Chaudhary made it her signature song for her live performances. 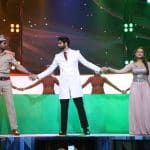 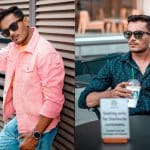