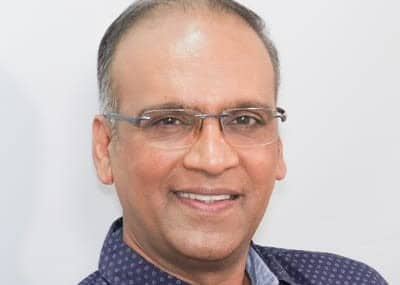 The pandemic and the consequential lockdown around the global, hit the entertainment industry as the cinema theatres were shut and all production work on halt. Spain resumed theatre visits and opened its doors to theatre-goers. As a great news for big-screen entertainment in India, as in the rest of the world, the sequel of a Spanish film has done 8% better business so far during the pandemic times although lesser cinemas are operating in Spain now than last year when the film’s first part was released. The sequel in question is titled Padre No Hay Más Que Uno 2 (Father There Is Only One 2) and it is produced by Sony Pictures International Productions and Bowfinger. It is a family comedy sequel of a film released in 2019. The first part had grossed $15.9 million whereas the sequel, which opened on 29th July, could end up at over $17 million.

Taking Spanish industry’s example, here’s what Industry’s trade expert Komal Nahta has to predict about Indian entertainment industry business. He shares, “If the same public sentiments were to be replicated in India when cinemas reopen, it would come as a lesson to all those Bollywood producers who rushed to premiere their films on OTT platforms, mainly on Amazon Prime, Disney+ Hotstar and Netflix. For, the example of Spain might prompt them to think that they erred in hurrying to release their films, bypassing theatrical release.”

Interestingly, the number of cinemas currently open in Spain is 376 while for the original film, there were 539 cinemas. In other words, the sequel has done better than the first part, with 30% lesser cinemas, that too, with capacity restrictions ranging from 30% to 80% levels! It may also be mentioned here that Spain had one of the strictest lockdowns in Europe.

Opinion has been divided about whether people will return to cinemas once they reopen. The Spanish example gives hope that people all over the world are waiting to savour the cinemas, after the long instated pandemic lockdown. Hollywood studio Disney just recently announced that its multi-million dollar extravaganza, Mulan, would premiere on its OTT platform, Disney Plus.

Talking further on this particular case, Nahta shares, “It may be mentioned here that spurred on by the desire to help cinemas, producer Gutiérrez approached Comscore and its London-based partner, Gower Street, to do a study on the implications of releasing the film in July/August. The film was earlier scheduled to hit the screens on 7th August but its release was advanced to 29th July. Comscore and Gower Street predicted, in the midst of great uncertainty, that it would be ideal to release the sequel in cinemas. Bowfinger’s Gutiérrez and Sony decided to go with the findings of the study, and the rest, as they say, is history.”

Definitely, the divide of opinion on OTT vs Theatres continues but this Spanish example stands as a hopeful example for all of us wanting to swarm the theatres, once the cinemas reopen. 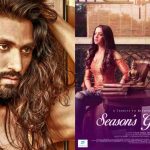 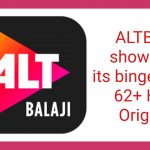