Siddhant Chaturvedi etched his name in people’s hearts and homes with his todd-fodd performance in Gully Boy. He essayed the role of MC Sher, a rapper – sharing limelight with Ranveer and Alia. The actor has had a very productive lockdown during which he release his debut single ‘Dhoop’.

The adversities of lockdown had compelled all of us to stay indoors for months at length. Just like us, the young dynamo was craving for the outdoors to. The actor is in process of staying in good shape and is seen Boxing, practicing martial arts, running and primal movements out in the open.

The actor’s social media stories give us a glimpse of what his routine is like. Having the air to breathe without being confined to the four walls, we can see why the actor longs for working out, outdoors.

Siddhant has set different standards in every aspect each time. The actor is a young entrant and over-achiever of our film industry. We should keep drawing inspiration from him to never settle.

One of the most admirable stars of today with immense enthusiasm for cinema, his aura on screen is unmatchable. With a killer smile and box full of talent, Siddhant becomes a favourite of the audience.

Siddhant is all ready to star in Shakun Batra’s next, Phone Bhoot with Ishaan Khattar and Katrina Kaif and Bunty aur Babli 2. 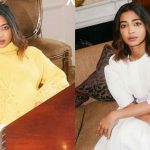