Home » Bollywood » Bollywood Gossips » Amit Trivedi on nepotism ‘If it exists it’s only in the Film industry, nothing like that in the music industry’

Amit Trivedi on nepotism ‘If it exists it’s only in the Film industry, nothing like that in the music industry’ 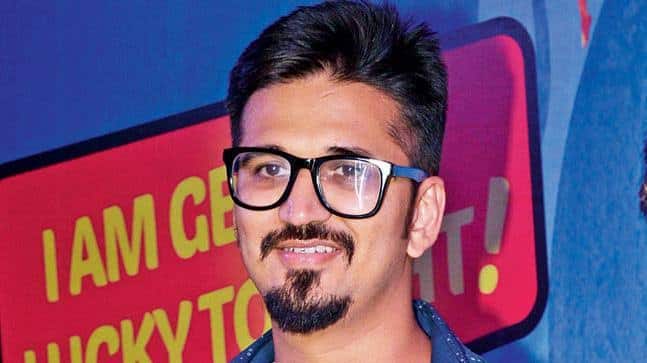 Amit Trivedi, famed composer and singer, who has sung numerous songs for Sushant Singh Rajput, is at a loss for words when asked about the late actor, whose death sparked several controversies, the most prominent one being the nepotism debate. Amit has a clear stance on this and believes that all these claims are a waste of time.

Having been a part of many of Sushant’s songs, he is reminded that the late actor will be remembered through these numbers, and shares that Manjha (Kai Po Che), Namo Namo Shankara, Qaafirana and Jaan Nisaar (Kedarnath) will be the go-to songs to remember Sushant by.

With a heavy heart, he comments, “Whenever I will perform these songs on stage or play them, the first thing that will come to anybody’s mind will be Sushant and how heartbroken we all of us are for the extreme step he has taken. Whatever may be the reason but he has taken the step. I was really shattered and heartbroken. We have worked very closely, it’s tough to deal with such a loss.”

He comments, “Nepotism is rubbish. It is the most time-waste topic people are consuming these days. There is nothing called nepotism. If there is nepotism, it’s only among heroes and heroines, otherwise, it’s nowhere. No one’s father is bothered about whose son is the director or the music director or the singer. You should ask this question only to actors. No one else is bothered about it, I am not. There is nothing called nepotism in the music industry.”

Amit made his mark in Bollywood with Anurag Kashyap’s 2009 film ‘Dev D’, a year after he made his debut as a music director with Rajeev Khandelwal-starrer ‘Aamir’. He made five songs for Dev D, including Emosanal Atyachar, Duniya and Nayan Tarse, which led to him winning the National Film Award for Best Music Direction. When asked about working with Kashyap, he was all praises.

Discussing the famed filmmaker’s openness to new ideas, he shares, “I love him, he’s a sweetheart. He lets me be free and lets me do whatever I want to do. There are no inhibitions and one can just go all out and do what one feels as an artist. He lets that happen as he gives that freedom and is absolutely open to new ideas, something that’s out of the box and not in-your-face mainstream.”

Amit has received critical acclaim for several projects of his, and his recent work in Andhadhun is no different. He went on to win three National Film Awards including one for Best Feature Film in Hindi for this project. He sung Naina Da Kya Kasoor and Laila Laila for the film and also composed two songs sung by Ayushmann. Commenting on what working with Ayushmann was like, he says “He is such an amazing and humble human being. He is such a boy-next-door, he could be a buddy, the kind of vibe he has. He is extremely talented. He was very cooperative and followed all the instructions given to him while he was dubbing and I was directing him for the song Aap Se Milkar Achcha Laga. He has beautifully sung both the songs: Aap Se Milkar and Naina Da Kya Kasoor.”

Amit and the band ‘Agnee’ released a Times of Music episode the past weekend. They performed the timeless classic ‘Aane Wala Kal’ on the music reality show on MX Player. The recreation of the song was a tribute to RD Burman, SD Burman and Jaidev.