Vyjayanthi Movies announces historic pairing of Prabhas and Deepika for their next! 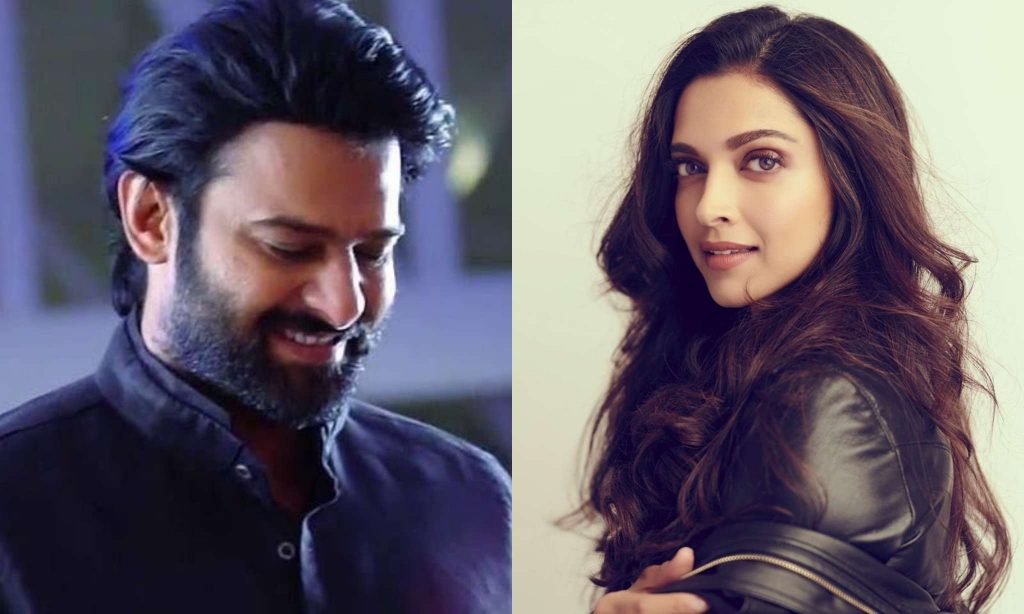 The film will be directed by the young and immensely talented director, Ashwin Nag.

One always wondered what it would be like when the most successful actor and and the most successful actress; one from the north and one from the south come together for a film. Well, we now know that it is the biggest announcement that has ever been made, and the film is sure going to be the biggest in the history of Indian cinema! This is going to be Prabhas’ 21st film.

Taking to their social media, Vyjayanthi Movies made the big announcement and shared a video. “As promised, here it is – our next big announcement! WELCOMING THE SUPERSTAR Heart suit

Ever since the release of Baahubali, Prabhas has emerged as a Pan India star with a massive appeal. His stardom cuts across the length and breadth of not only India but internationally too. He is a great combination of charm, machismo, swag and tremendous acting talent and is the ‘Darling’ of millions of passionate fans. Credited with the all time highest box office grosser in Indian film history, Prabhas’ record breaking spree is testimony to the love he enjoys from audiences.

Deepika Padukone, on the other hand, has been touted as Indian Cinema’s most loved and successful actresses till date. Her achievements have made her the country’s biggest role models for the youth in recent times; and with her talent, commitment, dedication, discipline and hard work, Deepika Padukone has achieved iconic status!

Therefore, this announcement is nothing short of a casting coup. A project that has been made possible by Vyjayanthi Movies, producer C. Aswini Dutt, co-producers Swapna and Priyanka Dutt and director Ashwin Nag.

Sharing his excitement and speaking about the project, Director Nag Ashwin shared, “I’m very excited to see Deepika play this character. It is something no mainstream lead has done before and will be quite a surprise for everyone. The pairing of Deepika and Prabhas will be one of the main highlights of the film and the story between them, I believe will be something audiences will carry in their hearts for years to come.”

Mr. C. Aswini Dutt, Producer and Founder of Vyjayanthi Movies said, “This film is a golden opportunity for us to cement our place in the annals of Indian Cinema history. It is also an incredible opportunity to enthrall the Indian audiences like never before, through the coming together of such extraordinary cinematic talents”.

Also read this  I was honoured when Vikrant Massey ordered cake on my birthday says, Mansi Sharma

Co-Producers Swapna Dutt and Priyanka Dutt shared, “We are beyond thrilled to celebrate our memorable 50 year journey in Indian Cinema with such great, exciting news! And what better way to mark our golden jubilee than welcoming the marvellous Deepika Padukone on board, to create some extraordinary magic on screen with Prabhas, in a Nag Ashwin film”.

The film belongs to the science-fiction genre and is expected to be one of the most exciting films in production.

Vyjayanthi Movies founded by Ace producer C. Aswini Dutt is a renowned name in Telugu States. The production house has garnered a lot of appreciation and reputation for their larger than life spectacles and have always mounted movies on a vast canvas.