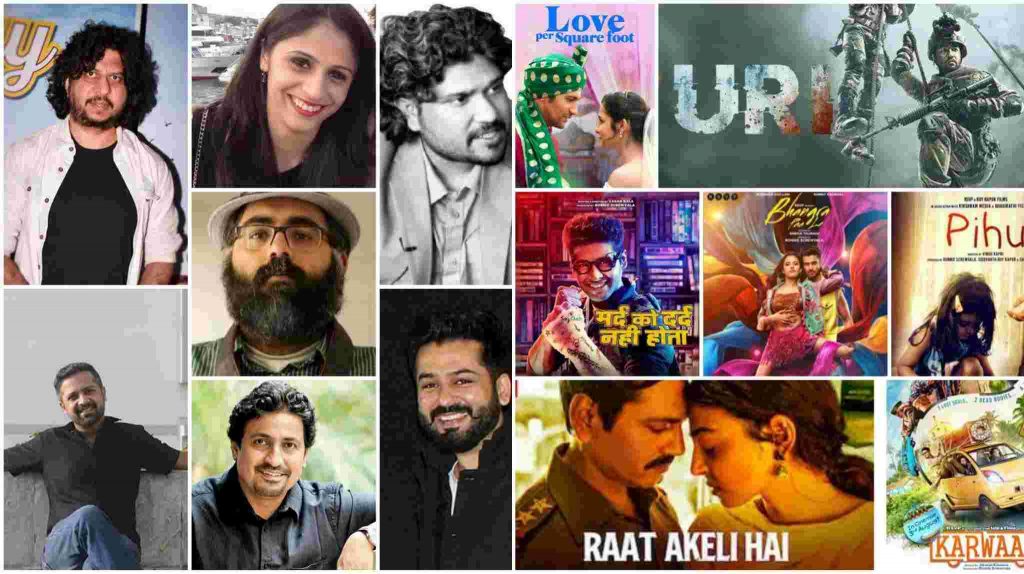 Recently, Honey Trehan made his directorial debut with Raat Akeli Hai and the likes of other directors namely Vasan Bala, Aditya Dhar also were earlier introduced by RSVP. Capturing how the production house’s vision works, here’s what the directors have to say.

In 2019, RSVP brought a pathbreaking project- ‘URI: The surgical strike’ and the world was introduced to Aditya Dhar, by RSVP. Talking about how Ronnie supports the vision and the algorithm behind his successful projects, Aditya Dhar shares, “He has always led the way to introduce great directors – be it Dibakar Bannerjee or Vikramaditya Motwane, Neeraj Pandey, Vasan Bala, Rajkumar Gupta etc. As soon as Ronnie read Uri, he was determined to make it happen, even though I was a first time director, Vicky had not done a solo lead commercial project before and war films were not considered commercially viable. Ronnie understands that films don’t flop because of stories, but because of bad mathematics.”

“He is more of a trend setter because at a time when films like Swades, Rang de Basanti, A Wednesday, Dev D, Barfi, Delhi Belly – were all considered commercially risky, Ronnie believed in the stories these films were telling, and backed them up wholeheartedly”, he adds.

“Ronnie has an amazing sense of creativity and fantastic business acumen. His analytic mind knows what works and what doesn’t. He is always so open and receptive to the ever-shifting culture, to a point where he can converse just as effortlessly with a teenager as he would with someone far older than he is. With no ego whatsoever, his straightforward attitude and a brilliant sense of humour makes him a great collaborator. At every step of the way, he has facilitated the greatest creative freedom to me. Even though he is one of the country’s biggest producers, he is still available to his team even at the wee hours of the night.”

Vasan Bala who brought the unique action-comedy flick, Mard Ko Dard Nahi Hota expresses, “An extremely pragmatic personality but has over the years backed so many risky propositions. You never associate him with run of the mill anything, be it movies be it his other businesses. It will always be fuzed with a sense of adventure and human storytelling. I could make my childhood Kung Fu Movie dream only with him. Don’t think anyone else even came close to understanding what I wanted to do.”

Directors who marked their debut with RSVP

Director Nitish Tewari tells, “It has always been a pleasure to work with Ronnie sir. He understands his director’s vision and gives him/her full support and space to be able to achieve it. On top of that the warmth he exudes makes it very easy to work with him.”

Having worked on multiple projects together, Rajkumar Gupta says, “Have worked with Ronnie in three film Aamir(my debut), No one killed Jessica and Ghanchakkar. The first two film were very unconventional, were films that no other producer would have backed. He did. He backed other films with wonderful filmmakers that otherwise would not have got made. It shows Ronnie’s vision, the trust he has on script, film, filmmaker and the creative process. I remember an incident – when Ronnie saw the rough cut of No One Killed Jessica, no body was sure how the film was, he came out hugged me and said – we have a winner in our hands! The point I am trying to make – he has vision, he is brave, he has respect and understanding of creative process of film making. It won’t be an overstatement to say – he has been a trendsetter by backing films that no other producer had.That too ten years back.I had a wonderful time collaborating with him.”

Ronnie Screwvala spearheads the production house, RSVP and has brought a trail of classics with Directors who are now celebrated names. We await more collaborations between the directors and the production, as they continue to give podium to new talent.